All in This Together

from All in This Together by Conor Ryan Hennessy 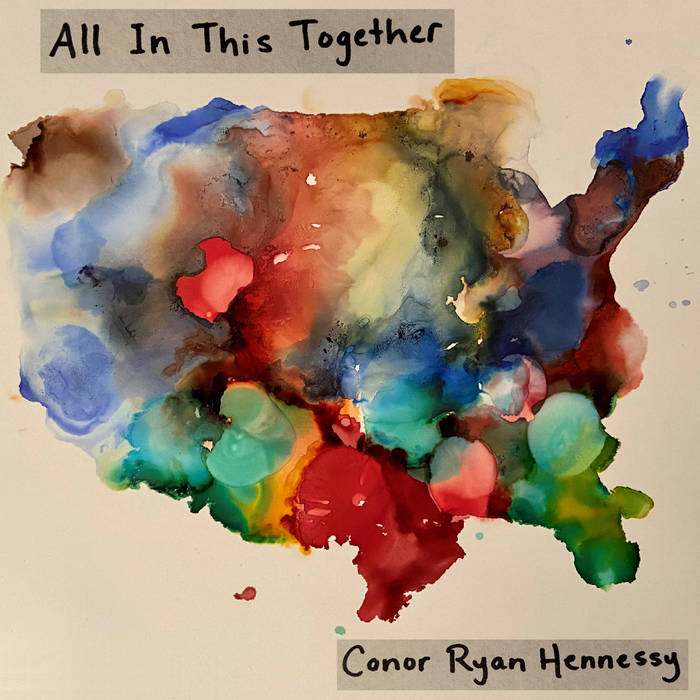 Oh and whats a kid to do when confronted with delusions
of people hoarding paper, who love the age old ruses
Why do broke folks drink too much, why do they hate their jobs
Hell, If only they worked harder, never mind they're too far gone

Many a man can say they've done no harm, except unto themselves
Many a man does work his hardest through life's aches, and pains and spells
Sure it's rare to find a man that thinks he's above both you and me
Except in religion, business, politics and the trooper down the street

I've noticed brothers, sisters, who vote against themselves
as if their only purpose was to propagate fresh hells
and still they get abused, as aristocracy maintains
all the benefactors wink, and joke: "Hey, we're all the same"

Well I do love this country, and it's patriotic fables
Massachusetts is my home from North Adams out to Haverhill
Anecdotally, I'm totally convinced that all our States
are run by money grubbing psychopaths who claim they're men of faith

Now's not the time for losing faith, I at least have hope
For the people I see every day, most of em good folks
I'm just a little tired of those faces on the screens
Trying to influence good people to believe in cruddy things

Bandcamp Daily  your guide to the world of Bandcamp